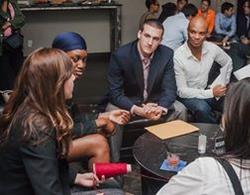 YoPro Around the World

The History of YoPro Global Inc.

EYP Global became the umbrella in 2011.

Everything converted to YoPro Global in 2012.

The YoPro Guys, an Experiential Marketing firm, was established in 2015

The YoPro Global Foundation launched in 2019, to encompass every aspect of the brand.

Developed countries over the last few decades have advanced, in some cases, at the expense of lesser developed countries and communities within their own country. This is the case with climate change, and some economic policies, such as healthcare, technology and education.

As such, we have a mission, to empower youth and young professionals in emerging markets and communities worldwide, by providing access to information and industry experts, resources such as self-assessments and coaching, and opportunities such as mentorship and employment, through an experiential lens. We host engaging experiences that foster education, networking, relationship-building, and fun.

Our goal is to close the gap between emerging leaders in emerging markets and the developed world, until the two are unrecognizable.